Analogy between PHA materials and Vanillin 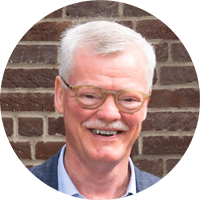 Vanillin is the primary component of the extract of the vanilla bean. It is known and used as food additive since the Middle Ages at least.At the beginning of this century, a Swiss company developed a process to make pure vanillin by fermentation of sugars with genetically modified micro-organisms and applied for permission to call this product “natural”, because it was made from natural resources based on the natural process of fermentation. Both the European Union (EFSA and EC) and the USA (FDA) approved the “natural”-label for this product. As a consequence the biotechnological industry started to make and sell several other flavours and fragrances based on the same principle. Fermented vanillin is now used more often than natural vanilla extract as a flavouring agent in foods, beverages and pharmaceuticals.

In Regulation No 1334/2008 of the European Parliament and of the European Council the following definition of “natural” is being used: “‘natural flavouring substance’ shall mean a flavouring substance obtained by appropriate physical, enzymatic or microbiological processes from material of vegetable, animal or microbiological origin either in the raw state or after processing for human consumption by one or more of the traditional food preparation processes listed in Annex II. Natural flavouring substances correspond to substances that are naturally present and have been identified in nature”.

“Natural” according to the US FDA is described for flavours as (April 2019): “the essential oil, oleoresin, essence or extractive, protein hydrolysate, distillate, or any product of roasting, heating or enzymolysis, which contains the flavouring constituents derived from a spice, fruit or fruit juice, vegetable or vegetable juice, edible yeast, herb, bark, bud, root, leaf or similar plant material, meat, seafood, poultry, eggs, dairy products, or fermentation products thereof, whose significant function in food is flavouring rather than nutritional”.

By analogy with that, polyhydroxyalkanoates or PHAs are a series of natural bio-benign materials that have appeared in nature for millions of years, similar to other natural materials like wood, other cellulose based products, proteins and starch. They are part of the metabolism of plants, animals and humans. However, the molecular weight of these PHA materials occurring in nature and made by fermentation is too low to use them for applications, where fossil-based polymers are used.

Fermentation methods with either natural micro-organisms or with genetically modified micro-organisms have been developed to make PHA materials from renewable resources in order to maintain the natural functionalities, but at higher molecular weights, so they can be used for construction applications like moulded or extruded parts.