At the exhibition, the international press was introduced to Japan’s cutting-edge technologies and comprehensive approach to current environmental issues. At its booth, Kaneka exhibited a number of disposable products made from PHBH, in addition to samples demonstrating the material’s ability to biodegrade in the marine environment. The company also supplied the compostable garbage bags and cutlery that were actually used on site. 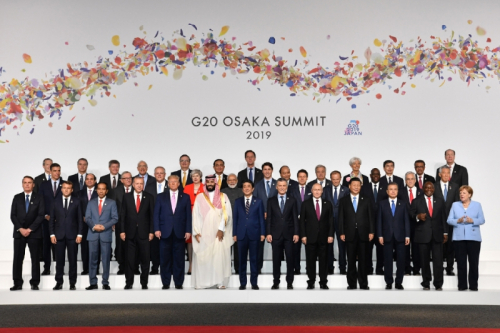 Just a few days previously, the company also attended the “G20 Innovation Exhibition”, which was held in Karuizawa from June 14 to 16 in conjunction with the “G20 Ministerial Meeting on Energy Transitions and Global Environment for Sustainable Growth. At this event, business card holders were distributed to the delegates made from Kaneka’s PBHB.

PHBH is 100% plant-based biodegradable polymer developed by Kaneka, and it offers excellent biodegradability under different environmental conditions. PHBH is certified to “OK Biodegradable MARINE *3”, guaranteeing biodegradability in seawater.
“PBHB decomposes by the actions of tiny microorganisms that break it down into water and carbon dioxide in natural environments, like soil or seawater," the company stated.
Under normal conditions, the material is suitable for durable applications and has currently found application in compostable bags.
Demand is expected to increase dramatically in the next few decades, especially in the food-service

industry. Kaneka announced in the summer of 2018 that it was increasing production of biodegradable polymers to five times their current levels: "We are aiming to provide solutions through technological innovation on global issues with research and development as the driving force. We think the environment is the most important issue facing the world, and we are working to realize a sustainable society."