Lignin-based carbon fibres are cost effective and made from plants

Until now, carbon fibre has been made from oil and is relatively expensive. Now, researchers from the German Institutes of Textile and Fibre Research in Denkendorf (DITF) are working on the development of cost-effective carbon fibre made of lignin, a by-product of papermaking.

Carbon fibre has an atomic structure that is similar to that of graphite, consisting of sheets of carbon atoms arranged in a regular pattern. Carbon fibre can be used to reinforce plastics, metals and ceramics. "Carbon fibre composites are the stiffest material known to man, but low in density," says Dr. Erik Frank, who heads the Carbon Fibre and New Materials department at DITF. Lightweight components that need to tolerate heavy loads or withstand high temperatures usually contain carbon fibre.

Such components include heat shields in spacecraft and aircraft fuselages, the body and brake discs of Formula 1 racing cars, mountain bike frames, skis and other sports equipment. However, carbon fibre is ten times more expensive than conventional reinforcing materials such as glass fibre or steel. It costs at least 15 euros per kilo. Carbon fibre is therefore usually only used in high-end products.

Dr. Erik Frank, head of Carbon Fibres and New Materials at the DITF, however, expects the price of 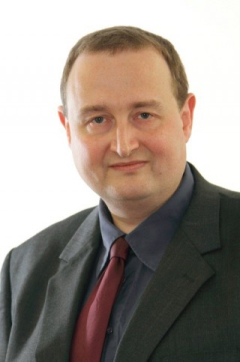 carbon fibre to halve within a few years. The Denkendorf researchers are investigating lignin as well as other materials for their suitability as resource-efficient renewable carbon fibre precursors. Together with eleven partners, the DIFT researchers hope to bring biocarbon fibres to market as part of the EU LIBRE project – an acronym for Lignin-based carbon fibres for composites.

Lignin is a polymer that ensures the lignification of grasses, shrubs and trees. It fills the spaces between the cellulose fibres in the cell walls of plants, making them rigid. The presence of lignin keeps even 100-metre-tall redwood trees sturdy and upright. Every year, millions of tons of lignin accumulate as residual material in paper mills. Current practice is to burn it, but the project partners are now working on transforming the beige-brown powder into a material that can be spun into threads, and then converted in a further process into anthracite-coloured carbon fibres.

At present, the precursor fibres are made of polyacrylonitrile and are produced using a delicate and tedious web spinning process.3 "This accounts for half the cost of carbon fibre production," explains Frank. In addition, both acrylonitrile – the basic material – and the solvents used are toxic. Exhaust gases produced during the thermal treatment process must therefore be laboriously cleaned. Pitch is sometimes – although rarely – used as the basis for producing particularly stiff and tensile carbon fibre. However, this type of treatment is even more expensive than the one described above.

"In our case, we prepare the precursor fibres using a cheaper melt-spinning process that does not require the use of solvents," explains Frank. Lignin has a high melting point, so the researchers initially need to make it meltable. Frank’s team either modify lignin chemically or mix it with meltable additives.
Lignin precursor fibres produced by extrusion using a melt-spinning process. © DITF
The pelleted lignin mixture can then be melted in the melt-spinning plant in the Denkendorf factory at temperatures of up to 250 °C. A screw drives forward the soft mass in the extruder – like a meat grinder – and pushes it through several hundred nozzle holes. The fibres, which are ten times thinner than a human hair, harden in the air and are wound around reels. The fibres can be several kilometres long.

The fibres then need to be made unmeltable again. They are passed through a convection oven, in which increasingly hotter air causes the lignin molecules to crosslink. A new particularly energy-efficient oven, which the Denkendorf researchers have developed in cooperation with Blaubeuren-based centrotherm international AG, is expected to further reduce production costs. "The oven uses a partial vacuum, which makes the carbon fibres more homogeneous and gives them better mechanical properties," says Frank, who expects the time required for the crosslinking reaction to be halved from the current hour to just 30 minutes.

In the final step, i.e. carbonisation, almost all chemical elements except carbon are separated from the fibre. This is done in a high-temperature oven at over 1,000 °C under a nitrogen atmosphere. The lignin-based carbon fibre from Denkendorf now has a tensile strength of 1.8 gigapascals and a stiffness of up to 200 gigapascals. "Thus, the tensile strength and stiffness values are higher than those of the much heavier high-alloy steel," says the chemist.

The biggest problem so far has been that the long polymer chains of lignin are broken down into fragments during the cellulose pulping process in the paper industry. The precursor fibre becomes brittle and fragile, and is therefore difficult to process. To avoid this and stabilise the precursor fibre, Frank's team mixes the lignin mixture with high molecular weight cellulose before feeding it into the melting process. In the long term, however, Frank wants to use only pure lignin because lignin and cellulose interfere with one another. "We take small molecule fragments of lignin and connect them into a long chain of molecules via a chemical component," explains the chemist. As a result, carbon fibre precursors can be produced exclusively from cheap lignin.

The four-year LIBRE project will run until 2020. In that time, the Denkendorf researchers are hoping to be able to produce several kilos of lignin-based carbon fibre. Project partners will test carbon fibre composites for use in wind turbine and automotive components.


Images:
Dr. Erik Frank, head of Carbon Fibres and New Materials at the DITF©
Filaments thinner than a human hair. The photo shows brownish fibres that are wrapped around rolls.