Bio-based solvent Cyrene®, made from cellulose and produced by the Australian biotechnology company Circa Group, has been found to outperform traditional, toxic solvents in the production and dispersion of graphene, which is used in a range of high-value commercial applications. 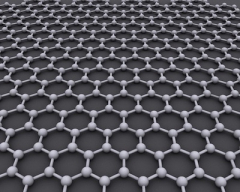 Following work by the University of York and the Spanish National Research Council (CSIC Madrid) reporting that Cyrene had “near-ideal physical properties for graphite exfoliation and the production of graphene dispersions”, the University of Manchester – the birthplace of graphene – has now successfully produced the highest quality conductive graphene ink ever reported using Cyrene® instead of NMP.

These findings have far-reaching commercial applications and open up multi-million euro market opportunities for graphene in applications such as advanced composites and polymers, coatings, batteries and supercapacitors, 3D printed materials and functional fluids. More specifically, graphene inks can directly be applied to materials like textile and paper and used in many applications including transistors, sensors, antennas, radio frequency identification (RFID) tags and wearable electronics.

Fabien Deswarte, Business Development Manager at Circa Group, said, “Graphene is one of the world’s most important nanomaterials and the growing body of scientific evidence – generated by world-class research teams – further validates Cyrene® as a viable alternative to toxic traditional solvents such as N-Methyl-2-Pyrrolidone (NMP). Graphene production and dispersion is one of the many applications Circa is targeting for Cyrene, which is outperforming traditional solvents in many high-value market applications such as the manufacture of specialty polymers and formulations of different kinds. For Circa and other companies looking for high-performance, non-toxic, sustainably-produced solvents – it’s a win-win-win situation.”

Established in 2006, Circa Group converts waste biomass into advanced bio-based chemicals with its proprietary FuracellTM process at its prototype plant in Tasmania – a joint venture with Norske Skog. Circa’s developing product portfolio includes biosolvents, flavours and biopolymers, including Cyrene, an alternative to traditional polar aprotic solvents.