Kaneka Co., Ltd. (headquartered in Minato-ku, Tokyo) has completed the capacity enhancement work for “Kaneka Biodegradable Polymer PHBH®” at its Takasago Plant as scheduled. The completion ceremony was held on December 17th. The investment amount was approximately 2.5 billion yen (41 million EUR) [1], and the production capacity is about 5,000 tonnes / year, five times the previously existing capacity.

In recent years, marine pollution caused by microplastics has become a global social problem as it affects ecosystems. However, PHBH®, a 100% plant-derived biopolymer developed by Kaneka, is certified to biodegrade in seawater. The material is certified “OK Biodegradable MARINE” [2] and is expected to contribute to reducing marine pollution. In addition, it has been added to the positive list of the US Food and Drug Administration (FDA), the Sanitation Council for Polyolefins [3], and the European Commission [4].

In Europe, various regulations have been incepted to reduce disposable plastics. In France, especially, regulations are tightened from January 2020, and PHBH® sales are expected to expand rapidly. In Japan, approximately 10,000 stores of Seven-Eleven Japan have begun adopting PHBH® straws for Seven Cafes since November, and Kaneka is jointly developing cosmetic containers with Shiseido. In addition, many global brand holders are studying a wide range of applications such as straws, plastic bags, cutlery, and food containers and packaging materials, and the 5,000 ton/year plant is expected to become fully operational at an early stage.

This is not limited to the expansion of production capacity, but it is expected that construction of a full-scale mass production plant will be decided at an early stage in order to meet the growing demand on a global scale in a timely manner.

Kaneka will continue to provide value globally as a solution provider based on the idea that they help make the world healthy. (MT) 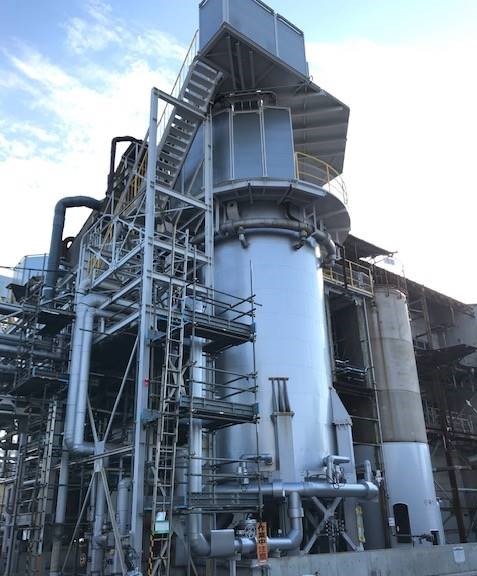 [1] The Company issued a green bond (environmental bond) in September this year to raise PHBH® manufacturing facilities and R & D funding. The amount raised is 5 billion yen, and this is the first issue of a corporate bond in a Japanese chemical company.
[2] The degree of biodegradation should be 90% or more within 6 months in seawater (30°C). Acquired certification in September 2017 from Vinçotte (now TÜV Austria Belgium), an international certification organization based in Belgium.
[3] An industry group that aims to provide safe and hygienic plastic food utensils, containers and packaging in Japan.
[4] A European Union policy enforcement agency responsible for the operation of the European Union, such as submitting bills and implementing decisions.