Senbis, a Dutch company that not only provides independent research and development services but also actively produces sustainable plastic products has tackled one of the more persistent concerns regarding the artificial turf now covering so many sports fields around the world.

Instead of using the crumb rubber from recycled tires often found, the company has come up with a biodegradable alternative, said Bas Krins, speaking at the European Bioplastics Conference in Berlin earlier this month.

After having undergone thorough testing in the laboratories of Senbis and 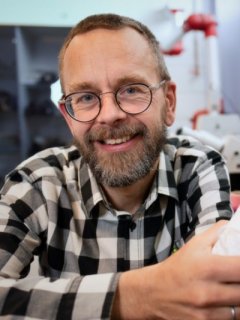 partners, the biobased infill is currently being tested on an artificial grass field opened last week in at the SC Erica football club in Emmen, the Netherlands. The 30x20 meters children’s playing field was installed in cooperation with Sweco Nederland, Antea Group and EdelGrass.

The challenge, commented Krins was developing an infill with a good performance and that will degrade in in-soil environments, yet not but not lose its properties during its use.

If the final evaluations are successful, Senbis will officially announce the product launch and will organize a formal opening and press release together with its partners and distributers. By that time these partners also expect to have finalized all FIFA certification procedures.

Krins also described a different, recent development, designed to address another source of microplastic in the environment: trimming lines. The trimmers used in garden maintenance work with non-degradable polyamide filaments and as a consequence, “100,000km of PA is lost in the environment – per year,” said Krins.

To date, alternatives have depended on the use of oxo-additives, he added. Senbis has now successfully developed a fully biodegradable alternative, first targeted at the professional market.

“There were many challenges involved,” he said. “The solution developed needed high tenacity due to the circumferential speed, high elongation due to the bending and a high melting point: due to the pushing of the head on the ground, the temperature can rise to over 100 oC and also due to the vibration, the temperature of the spool can rise much higher than 100 oC.”

He said that the new trimming line is due to launch next year. “The next phase will involve improving the design and optimising the guide,” he concluded.