Does current LCA methodology skew the perspective on bio-based polymers?

In the current efforts to develop an LCA methodology for bio-based polymers by the JRC, fundamental problems must be confronted if an equal and fair comparison is to be made between the environmental effects of bio-based polymers and those of petrochemical polymers, write four scientists from Germany's nova Institute in an open letter to the JRC. 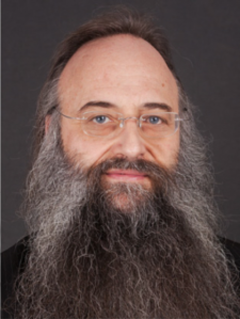 The JRC, or Joint Research Centre, is the European Commission's science and knowledge service, tasked with carrying out research in order to provide independent scientific advice and support to EU policy. Its activities currently include the elaboration of a consistent and appropriate LCA-based method for the purpose of a “Comparative Life-Cycle Assessment of alternative feedstock for plastics production.” The final report is expected by end of this year, or early 2020. The authors of the open letter, led by Michael Carus, point to the various methodological and technical stumbling blocks that remain to be overcome and put forward a number of proposals in aid of the development of LCA standards for bio-based polymers.

As the authors write, bio-based technologies are subject to highly critical evaluation, while the petrochemical industry, which uses non-renewable resources and which has been and still is involved in many environmental disasters, is not scrutinized with the same level of detail and transparency, making a comparison on equal footing impossible. In addition, the importance of renewable carbon is not sufficiently valued in the LCA methodology developed by the JRC. The LCA methodology for bio-based polymers will also differ considerably from the methodology for biofuels, “which could lead to GHG reductions for biofuels being relatively higher than for bio-based polymers, purely as a result of the different methodologies (each in comparison to their petrochemical counterpart)….. The only option: the same LCA rules must apply to all uses of biomass, whether it is for fuels or for chemicals!”, they argue.

The solution proposed by the nova Institute lies in the use of a prospective LCA. To that end, a scenario could be developed and a quasi-standardised life cycle assessment conducted for the year 2050, in addition to the present situation. “A comparison between bio- and petro-based
polymers would then look entirely different,” write the authors of the open letter.

“Bio-based polymers are considered as a sustainable solution for the circular economy of the future. That is why, for a fair comparison, it is so important to consider how they perform not only in the present, but in particular in the future. This is not accounted for in the methods prevailing today,” the scientists conclude.

The complete text of the open letter to the JRC can be read at: https://tinyurl.com/openletter-jrc