The EFRO LignoValue Pilot project, a € 4.3 million joint effort between Biorizon co-initiator VITO and a number of partners, has set the bar high: the realization, by Q1 2021, of a functioning pilot line in Flanders for the production of bio-aromatics from lignin/wood. 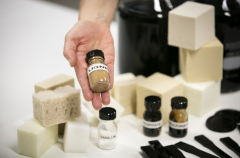 The pilot is intended to meet the needs of the various companies with a stated interest in innovative molecules and willingness to carry out application testing.
The technology for the conversion of wood and lignin into biobased aromatics and subsequent fractionation into useful fractions of lignin-based monomers, dimers and oligomers has already been proven at lab scale. Now, the next step is to validate the conversion and fractionation technologies developed technology at scale in a relevant environment (TRL 5-6).

The new LignoValue Pilot will have a capacity of ± 200 kg/day. The aim is to construct the pilot line with a flexible design, one that will allow different depolymerization processes to be demonstrated in order to produce the desired bio-aromatic fractions for company-targeted applications/product development. The pilot line will be mobile, and hence able to be operated locally on site at interested companies.

The pilot line is the next step towards the ultimate goal of building and operating a demo plant in Flanders for the conversion of wood/lignin to biobased functionalized aromatics.
VITO is involved in a large number of projects involving the conversion of lignin and wood to bio-aromatics, among which the Catalisti projects ‘MAIA’ and ‘ARBOREF’, the Interreg project ‘BIO-HArT’, and the BBI projects ‘SmartLi’ and ‘LigniOx’.

Jan Van Havenbergh, managing director Catalisti, is very pleased with this new project: “Bringing innovations to higher Technology Readiness Levels is of the utmost importance for the Flemish chemical industry to bridge the gap between development and implementation to allow an economic valorisation in Flanders (and abroad). The pilot line on bio-aromatics that VITO and its partners Jacobs Belgium and VMH will construct in the recently approved EFRO project will allow end users to obtain functionalised biomolecules with an aromatic structure for developing their new applications and products.”

The development of the pilot facility in the LignoValue Pilot project was approved by the European Regional Development Fund (ERDF). The total budget of the project is € 4.3 Mio, with cofinancing from ERDF, the province of Antwerp and the Flemish Department of Economy, Science and Innovation. VITO will invest around two million euros. The project is also actively supported by Catalisti, the Flemish spearhead cluster for chemistry and plastics, as it perfectly fits in its strategic research program on bioaromatics.

The project is part of the Biorizon collaboration, in which VITO, the Netherlands Organisation for Applied Scientific Research (TNO) and the Energy Research Center of the Netherlands (ECN) are, are cooperating with partners to develop technologies for extracting aromatics from vegetable residuals. This reduces dependence on petroleum and leads to reduced CO2 emissions. By using waste streams as a raw material, Biorizon is contributing to the transition to a circular economy and offering the chemical industry and the supplying industry a prospect that is both profitable and sustainable.