Compared to their petroleum-based counterparts, that is. To answer that question, researchers at Wageningen UR embarked in 2012 on the Biobased Performance Materials (BPM) project SUSTAIN. Three years later, their most important conclusion: biobased materials production must become more energy efficient.

Dr. Li Shen, a senior researcher working in the Energy & Resources department at 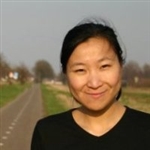 Utrecht University, evaluated the CO2 emission and energy consumption rates throughout the complete production chain of the biobased chemicals and materials developed within the BPM program, to assess the potential environmental benefit compared to conventional oil-based products.
Shen also looked at the source of the raw materials and the land use aspect. Using mathematical modeling, she then carried out a life cycle assessment (LCA) for each product.

“In an LCA, we analyze the environmental impact of each step in the life cycle of a product,” she explained. “Extraction of the raw materials – drilling for oil, for example – as well as transportation, and all the steps in the final production process.”

Biobased polyurethane
On the basis of these data, Shen came up with recommendations on the selection of raw materials used to produce biobased materials. She was also able to draw an objective comparison with regard to material sourced from fossil fuels.
She found, for example, that in the production of biobased polyurethane, glycerol was converted to cyclic carbonates in a highly efficient manner due to the high yield, reduced amount of waste and an innovative catalytic conversion method that required mild reaction conditions. Concretely: the bio-based material has a demonstrated lower global warming potential – 4.0 kg CO2-eq/kg polymer versus 4.7 for PUR produced on a petrochemical basis. Some improvement in the production of amines is also possible, said Shen, as this is still a relatively high energy consuming process.

Tough challenge
Biobased materials may well offer substantial environmental benefits compared to oil-based plastics, but nonetheless, the situation is less clear-cut than might seem. While feedstocks from renewable resources tend to be carbon neutral, the amount of energy consumed during the production process can be considerable higher than for petro-based materials. This is hardly surprising: biobased production processes are relatively new, and have not yet been optimized. According to Shen, this is still a tough challenge for a number of materials. She notes that, for example, the production of biobased polyamides requires around twice as much energy as that of oil-based versions. “The final product is biobased, but either the process energy must be reduced or a wholly new chemical conversion route will have to be considered,” said Shen.

Improved PLA production
Despite these challenges, the production of biobased materials is steadily becoming more efficient and much progress has been made in this respect over the past decade. Drastic improvements have occcurred in, for example, the production of PLA. PLA manufacturer NatureWorks has successfully reduced the amount of energy needed to process the corn, and has also improved the fermentation process. The result: a lower energy consumption and lower CO2 emissions. Similarly, there are considerable gains to be made for other materials as well.
Sometime, it means taking an entirely different approach, as was the case for biobased polystyrene. “Researchers used to produce this from amino acids, a process that consumed a lot of energy, said Shen. “A completely new production method, based on citric acid instead of amino acids, proved to yield enormous energy savings.”