Cologne, Germany – QMilk is a young German company that has developed a technology based on milk protein to produce a 100% biobased textile fiber or granulate. The company won first place in this year’s Bio-based Material of the Year Innovation Award

... by an “overwhelming majority”, said Michael Carus of nova-Institut, the organizer of the International Conference on Bio-based Materials at which the award is presented. “QMilk left the competition far behind, eating dust, as it were.”
Second place was 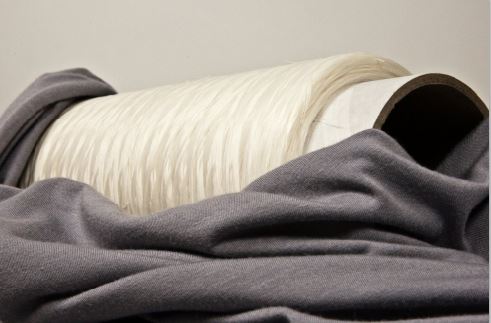 claimed by Fischerwerke, for its newly developed biobased injection mortar, while third place was shared by Zinco, a company specialized in green roofs, and Hemp Eco Systems, a Swiss manufacturer of hemp-based insulation.
As Leonie Völsgen of QMilk joked on accepting the award: “We should build a house made of hemp, under a green roof, hang up our pictures using Fisherwerke’s green mortar, and sleep on luxuriously soft sheets woven from QMilk fibers.”
The award, which was presented this year for the seventh time, recognizes innovative, bio-based products and technologies that have been (or will be) launched on the market in 2013 and 2014. This time around, the competition focused exclusively on developments in Europe. While the nominees are picked each year by a specialized jury, the ultimate winners are chosen by the attendees of the conference.
Interestingly, three of the four winners came from the building and construction industry. In fact, as Zinco pointed out, “We want to, and indeed are going to be using huge quantities of bioplastics for our products from now on.”
It looks as if construction is shaping up to be one of the more promising areas for bioplastics applications in the future. KL