New report out on China's market for biodegradable plastics

Research and Markets has added a new report, entitled the "Assessment of China's Market for Biodegradable Plastics" to their offering. Strong growth seems assured for the future. 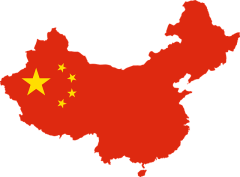 The report estimates that in 2016 the domestic market for bio-plastics in China had sales of over 130,000 tons, with an additional 160,000 tons exported. The study finds that the growth rate for domestic sales in 2016 was over 13%, led by the key segments of partially degradable plastic and PBAT.
This market in China has been growing quickly, and is projected to expand even further, though not as fast as it could if enforcement of key rules were greater. The main driver is the effort by state and some municipal governments to push replace traditional plastic bags with biodegradable ones.

The Chinese biodegradable plastic market is relatively concentrated, with ten top market leaders accounting for 45% of the total revenues. The rest of the market consists of around 200 suppliers mostly with the annual revenue of less than RMB 10 Mn. This indicates it is difficult for small suppliers and new entrants to compete against dominant players. With less resources and lack of economy of scale, small companies are more likely to fill in the niche market or exit from this sector.

The scope of the market is defined as domestic mainland China sales and imports, which are RMB 2,466 Mn (USD 355.5 Mn) in 2016. This market study draws on a three month, in-depth primary survey of 45 of the market's suppliers and industry experts.

The report covers the domestic Chinese market, as well as exports. It finds that both domestic growth and exports should continue to be strong, with key foreign suppliers excelling in specialty segments.